A generalized term for a variety of techniques aside from some of the standard lacquer techniques. The Tsugaru-nuri range of finishes may be considered kawari-nuri. Although other techniques may also be considered kawari-nuri, most often, it is used to refer to techinques that involve a textured under-layer and layers of contrasting color or material which is all then sanded smooth to reveal intricate patterning. The layer of urushi could be cured with seeds or other material embedded in it, which are removed after curing or urushi could be mixed with various substances such as albumen, tofu or gluten to thicken the urushi to retain its shape during curing. See also: nanako-nuri, kara-nuri, monsha-nuri, nishiki-nuri, shikake, botan-nuri 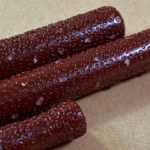 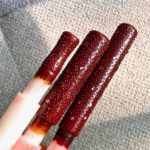 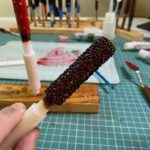 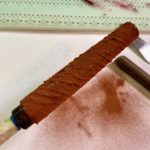