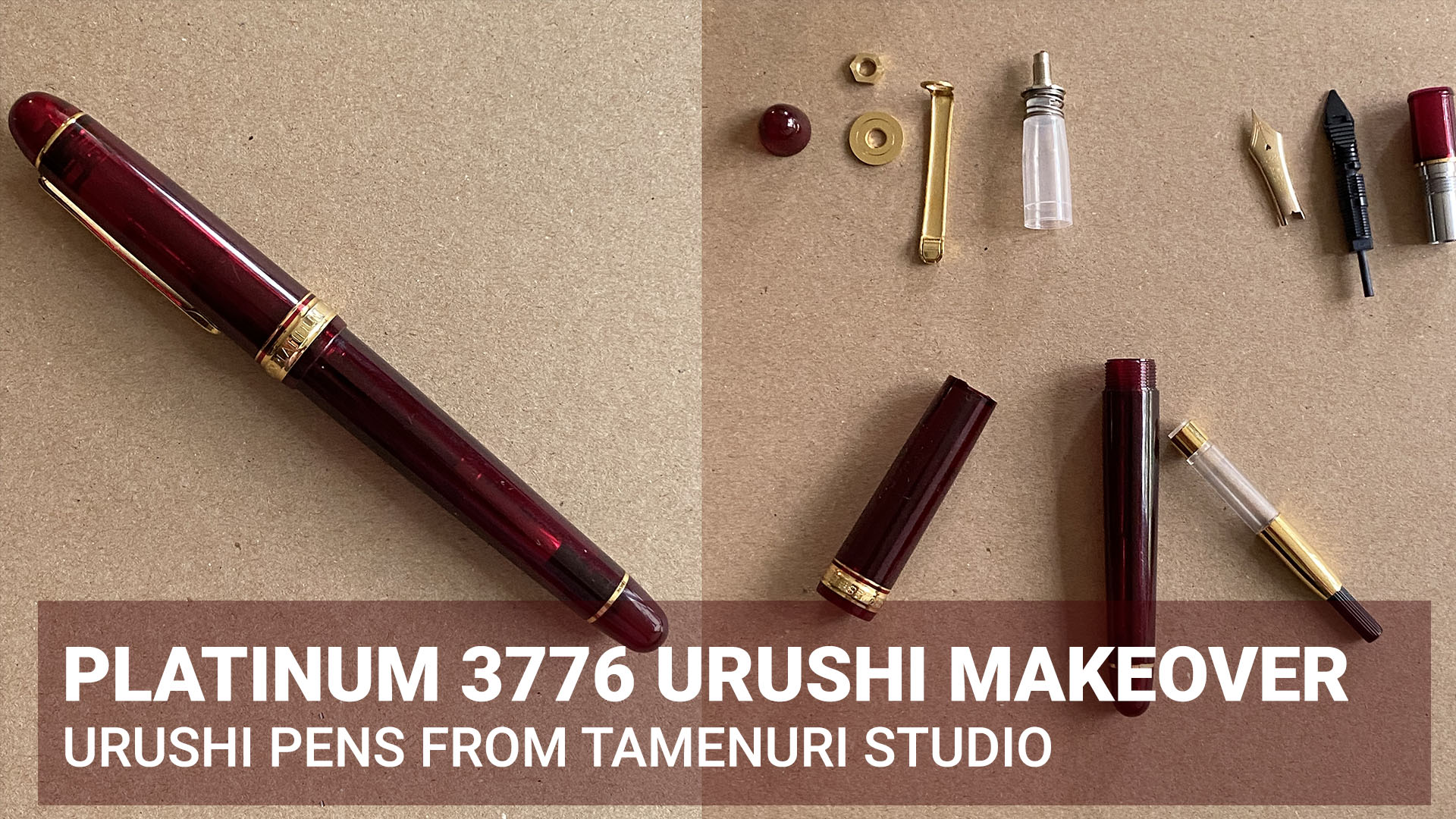 Platinum 3776 Century is one of my favorite pens. Right now I have 5 of them, and I’m afraid it’s not the end 😉

Since I started urushi I wanted to lacquer one of them. Byt the problem was it has non-removable clip. Or does it?

After month or searching for elegant solution, the time has come for drastic moves – I broke off the top par of the cap, and got access to screw holding the clip and slip’n’seal mechanism of inner cap.